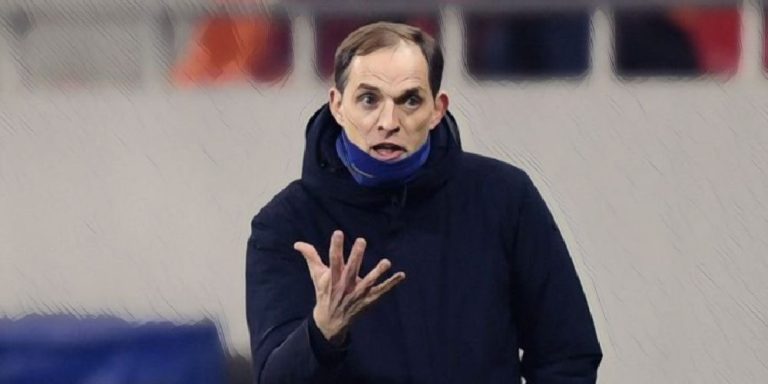 Chelsea face Real Madrid in the second leg of their Champions League semi-final this evening, the Blues in a favourable position to reach an all-Premier League showpiece against Manchester City in Istanbul.

The west London side are also through to the FA Cup final and have climbed into the Premier League’s top four, their fortunes improved immeasurably following a change in formation that has extracted the maximum from their defensive options.

Once the club’s biggest weakness under Lampard, defence is now Chelsea’s greatest strength and we’ve decided to look over some of the defensive stats since Tuchel’s first game on January 27.

No side has conceded less goals since Tuchel’s arrival at Chelsea, the west Londoners having conceded just eight times in 15 league fixtures under the German’s management.

Those statistics are all the more impressive when you consider five of those goals came during a stunning upset loss to West Brom at Stamford Bridge, a fixture that saw the Blues reduced to 10 men inside the opening half hour and a performance that stands as an anomaly in the Tuchel reign to date.

Chelsea lead the rankings for clean sheets once again with 11 in 15 league games under Tuchel, the move to a back three formation having provided greater solidity with the likes of Antonio Rudiger and Andreas Christensen having returned to prominence.

Tuchel’s record is more impressive when you add in a further six shut-outs from eight additional games in the Champions League and FA Cup, giving the Blues a clean sheet ratio of 73.91%.

The signing of Edouard Mendy has been a major reason behind Chelsea’s improved defensive record this season with the Senegal goalkeeper having kept 23 clean sheets in all competitions.

Tuchel’s side have conceded just 35 shot on target during those 15 games in the Premier League, an average of just 2.3 shots on target per league fixture.

Given that West Brom humiliation accounts for seven of those shots to have tested the goalkeeper, that figure drops to just 2 shots on target faced per 90 minutes since Tuchel’s arrival.

Incredibly, the club’s defensive resilience is not at the cost of attacking impetus with Chelsea leading the Premier League for shots on target and chances created in that same timeframe.

Chelsea have slightly underperformed in terms of expected goals against, their figure of 7.8 expected just narrowly less than the eight goals they have conceded since Tuchel’s appointment.

That expected goals against figure is the lowest in the Premier League since January 27 however, Chelsea the defensive leaders of the division in a huge number of metrics under the new management.

Chelsea have not made a single error leading to a goal since Tuchel’s arrival as head coach, another defensive statistic the west Londoners lead the division for.

Tuchel has organised his side into a system that gets the best from their talents, the three central defenders protected by a two-man midfield pivot that has often included the industrious talents of N’Golo Kante.

The nerviness often shown during Frank Lampard’s reign appears to have been replaced by a confidence and defensive strength, the early signs positive that Tuchel is the man to lead Chelsea back to silverware success.

The post Five stats that show the extent of Tuchel’s defensive revolution at Chelsea first appeared on The Football Faithful.

The Article Five stats that show the extent of Tuchel’s defensive revolution at Chelsea First Appeared ON
: https://arsenalweb.co.uk

The Article Five stats that show the extent of Tuchel’s defensive revolution at Chelsea First Appeared ON
: https://gqcentral.co.uk